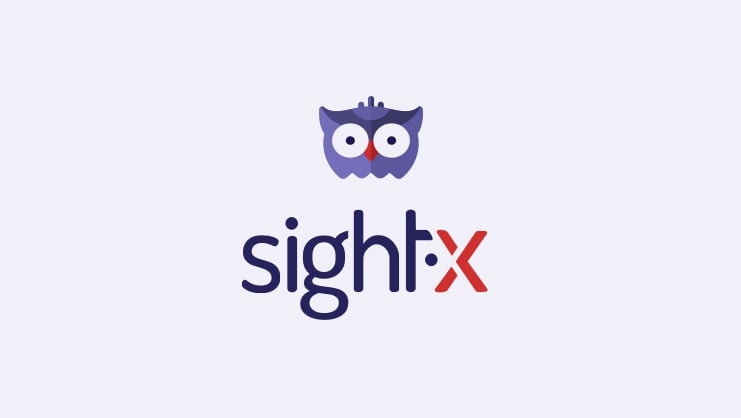 Let’s Get the Band Back Together

In the book “Team of Rivals”, Doris Kearns Goodwin describes the political brilliance of Abraham Lincoln. Determined to hold his party together, Lincoln had appointed three men to his Cabinet who had previously run against him in the 1860 Presidential election.

These men despised him and had at times schemed against some of his most important efforts. But over the course of his term, most came to respect and collaborate with Lincoln, helping him to ultimately keep the Union together during the Civil War. His thoughtful strategy of keeping his enemies close had effectively removed the toxic mentality of “us versus them” within his administration, instead allowing for the prioritization of the nation’s most pressing needs, leading America on a path to a brighter future.

Fast forward to over a century and a half later and our country is confronted with a similar set of challenges. Two Presidential nominees represent another major civic divide, one that only seems to be widening. And a third candidate is entering the race, which has the potential to impact the results.

Still, some of the most critical questions that need to be answered are not being asked: What is going on in the American society? What are the drivers and motivations of voters? How did this divide develop and from where is it coming?

At SightX we set out to shed some light on this dynamic by engaging with a sample of voters and using our data analysis platform to immediately process and analyze the results. We care deeply about the direction America is headed and we want to take part in a necessary discussion. Through data we hope to engage in a meaningful way.

Unlike political polls which seem singularly focused on predicting who will win the election, we at SightX want to understand the deep divide between the American people. No matter who wins this Presidential race there will be tens of millions of Americans whose hopes will be dashed and whose fears, frustrations and pains will be amplified. These anticipated sentiments shouldn’t be overlooked.

Our first step at SightX was aimed at diagnosing overall voter sentiment. We used our platform to engage through various social media outlets, asking voters to answer a brief set of questions. In short order we had hundreds of responses. There were 37.3% Hillary supporters, 29.4% Trump supporters, 16.9% Undecided, and 12.2% Gary Johnson supporters. There were also 4.2% not planning to vote. What follows are some of our findings:

Best of the worst

In a striking example of the tone of this election, we found that most people aren’t even satisfied with the nominee for whom they plan to vote. When asked about the overall satisfaction with their choice (on a scale of 1 to 100), Trump supporters averaged 55.3 with a median (midpoint) of 50, while Hillary supporters averaged 58.2 with a median of 63. The bottom line is these numbers are low.

For all of the strong language used against the opposing nominee, the American people are still dissatisfied with who they feel is comparatively better at representing their interests.

Qualitative data becomes all the more powerful when the numbers are explained. We asked about key reasons people supported a particular nominee.

Among the regular topics such as the economy, immigration, foreign policy, women’s rights, etc., we included “Other”, and asked individuals to elaborate. The overwhelming answer was that they had chosen this nominee simply because it was not the other. They have been left with the choice of the lesser of two evils.

Standard deviation for the overall satisfaction with a chosen nominee was 25.4 among Hillary supporters and 27.3 for Trump supporters.

To put this into perspective for non-number lovers, these standard deviations are Huuuge! It means that there is a massive variance in responses ranging from being entirely dissatisfied all the way to entirely satisfied with a nominee.

Politics of division have permeated both parties and it’s time for all of us to take a long hard look into the mirror.

It’s not all that bad. We did uncover some good news in the data. Supporters of both Hillary Clinton and Donald Trump have actually found some common ground: Everyone else is misguided.

We presented all voters with 20 personality characteristics, ten positive and ten negative, and asked them to select “those characteristics that describe the other nominee’s voters”. The highest rated item across both groups was characterizing the others as “misguided”.

The way that some politicians and constituents rationalize our collective madness reminds us of a quote from Herman Melville in 1851 that is eerily relevant today:

“But when a man suspects any wrong it sometimes happens that if he be already involved in the matter he insensibly strives to cover up his suspicions even from himself. And much this way it was with me. I said nothing and tried to think nothing.”

Insulting each other differently

The interesting thing about this finding is that Hillary supporters tend to characterize Trump supporters based on affect-based characteristics (e.g. angry, hateful), an evaluation based on feelings and emotions that are evoked.

Trump supporters, on the other hand, describe Hillary supporters based on cognitive-based characteristics (e.g. close-minded, naïve), less of a raw emotional response and more of an evaluation based on assessing that the others are generally perpetuating problems they are experiencing, but not searching for a singular reason or root cause. We controlled for other variables such as gender, and the results did not change.

While the highest rated characteristic for both candidates was “misguided”, we noticed something else that was concerning. Apparently, in addition to myriad negative characteristics, each side has resolved that “the other side” has no redeeming qualities. Voters from the opposite group are not reasonable, kind, thoughtful, or caring (less than 5% of responses).

In the last decade, there has been an increasing number of studies showing the negative consequences associated with a monolithic world view. The ‘collapse of complexity’, as it’s referred to, is associated with destructive processes. Dr. Peter Coleman and his team at Columbia University have illustrated this phenomenon in many fields.

In physical health, as an example, complex rhythms of the heart reduce to simple ones before cardiac arrest and psychological pathologies are associated with rigidity (e.g. bi-polar). On the other hand, complex political thinking is associated with more constructive processes in managing diplomatic crises and in business, a complex thought process can lead to more innovations and breakthroughs!

In this election there is an increasing lack of complexity in perceiving the other groups. This is when people shut down, don't process new information, and don't engage in thoughtful ways. It is ultimately the problem that the American society faces.

America has become more and more subject to group centric thinking and more myopic in respective viewpoints. We have seemingly lost the ability to entertain different perspectives and place them into the larger context of domestic and international policies.

Abraham Lincoln argued that “In order to win a man to your cause, you must first reach his heart, the great high road to his reason”. Our findings suggest that the real crisis America faces has to do with a lack of constructive engagement taking place among the American people. Leaders will come and go, but our society is here to stay.

Americans have a good amount of work to do to rediscover each other. We need to listen. We need to ask ourselves what is beneath each other’s ideas, what is it that has given rise to who we are as individuals and what each of us believes. In order to better understand one another, a level of empathy is required. Only then will our candidates rise to the occasion to deliver better policies, and a better America.

It’s time to get the band back together.

*This study was conducted using the software platform of SightX. All insights were drawn from data that was captured and analyzed in real-time. SightX is a tool for extracting insights and intelligence from human behaviors and sentiments. By automating the analysis of data from human engagement, organizations are able to operate faster and more efficiently, saving time and money in the process.

For more information or to find out how SightX can help your organization, please contact us at sales@sightx.io or visit sightx.io.

Back to the Future: How Do Statisticians Make Predictions?

Let's Go to the Movies: Exploring the New Media Landscape